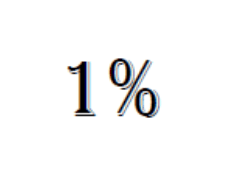 It is once again time to defend culture within EU policy, and your urgent action is needed.

European Council President Charles Michel has called for a special summit on February 20 to discuss the 2021-2027 EU budget. In a process that takes months of negotiation and several summits, Michel and his team anticipate reaching a deal by the end of just the single summit. This decision could have drastic effects on Creative Europe funding.

In December of 2019 Michel proposed a ‘negotiating box’ with a €1,087 billion overall budget, a general decrease from previous proposals. This is despite previous discussion in parliament on an increase in the MFF ceiling, specifically an increase in the Creative Europe budget. In the December meeting there was no such discussion. You can read more details on the negotiation process here.

Creative Europe as a whole plays an important and unique role in the creation of professional connections and the internationalisation of the performing arts sector. It also helps in creating opportunities for intercultural exchange across borders, something so crucial today.

Everyone within our contemporary performing arts sector is worthy of a greater opportunity to benefit from an EU programme that directly supports culture. Whether or not you have directly received funding from Creative Europe, we believe all of us in the performing arts community deserve a greater opportunity to benefit from the only EU programme directly supporting culture.

How can you help in the fight for funding?

Reach out to your national decision-makers

Reach out to your national Ministers of Culture, Finances and Foreign Affairs and convince them that Creative Europe should continue in 2021-2027 and support many more projects than it currently does. The sooner you do it, the better. You can make use of this sample letter Culture Action Europe has drafted, which you may modify the way you want and use for your advocacy activities at the national level.

On February 17 cultural operators and organisations from around Europe will be pressuring their national governments and the EU to recognise the contribution of culture within the Union. Join in on social media by using the #ActforCulture

Sign and share Culture Action Europe’s manifesto calling for the EU to allocate 1% of its budget to culture.

Finally, please convince others in your country to do the same, start campaigns to co-sign the letter.